Industrial Property with Office Space of 139,000 SF in Aguadilla 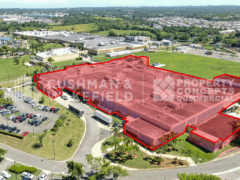 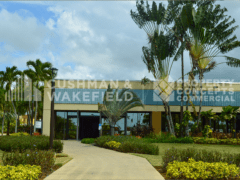 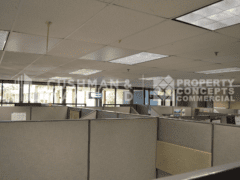 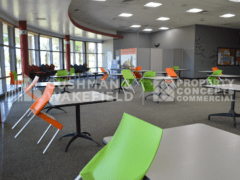 B2 is a 139,000 SF industrial building situated on the south side of HPE’s campus. It was built in 1992 with subsequent modifications and improvements. It is a fully air-conditioned facility situated within a 10-minute drive to Aguadilla’s Airport (BQN). B2 consists of Office Areas, Manufacturing Rooms, Warehouse Area, Shipping and Receiving Areas, Second Floor Office Area, Bathrooms, Break Rooms, Infirmary, Lactation Rooms, Electrical Rooms, and an Evaporator Room. Additionally, B2 is also serviced by a Chemical Storage Building and a Commons Building with a cafeteria and other amenities as well as the Annex office building with an office area for 77 offices and break room which are outside the building envelope. There is also an exterior compressor room with vacuums and compressors.